Bus ‘Em to the Border

No, the headline of this piece does not refer to undocumented immigrants. I’m talking about Congress: the men and women who are right now deciding the future of the United States via immigration legislation. After months of wrangling and years of inaction, immigration reform seems to be closer to passage than ever. But what, exactly, is on the table? And how much firsthand knowledge does our legislative branch have about the practical and economic issues of border enforcement?

I would love to see the entire body of Congress bussed to various parts of the U.S./Mexico border — in shifts and between votes, of course. They might find that what they’re planning to execute has little merit and very high cost.

First, the policy side. The immigration bill is still in flux. As of Friday June 21st, Politico reported about a new amendment designed to bring conservative Republican support to immigration reform.

Requirements in the amendment include completing 700 miles of fencing along the U.S.-Mexico border, adding 20,000 border patrol agents, adding an entry-exit and implementing an E-verify program to prevent illegal immigrants from getting jobs, the senators said.

The price tag for the new border agents: $30 billion dollars. While that may be a great economic stimulus for hard-hit border regions, the math doesn’t make sense.

Over the past two decades, I’ve visited the border over and over again. The first thing I learned about was the law of unintended consequences. When I went to the border in the early ’90s, in the El Paso, Texas/ Ciudad Juarez, Mexico region, I went out on a ride-along with a border patrol agent. We picked up some day laborers illegally crossing the border. They were carrying tools, and many of them, according to the agent, were expected and welcomed by the employers on the other side who hired them. (It’s hard to believe those employers didn’t know their status, given the sub-minimum-wage, off the book cash payments many undocumented laborers work for.) The men, according to the agent, would likely be deported within 24 hours and return (or try to) the next day.

Sounds futile, right? Well, with the militarization of the U.S. border — a fence to the tune of a billion dollars; a rapid escalation in the Border Patrol’s size; and its move, after 9/11, under the umbrella of Homeland Security — there was, if anything, an escalation of the impact of illegal crossings. First of all, more undocumented immigrants — fearing they would be held rather than quickly returned home — crossed with the intention of staying in the United States rather than crossing for day labor. In other words, the border security push acted as a lever for long-term undocumented immigration.

Second, with the rise of the border fence came the big dig under the U.S. border. Narcotrafficantes have burrowed under the fence in places like Nogales, Arizona. Sheriff Tony Estrada, whose territory is Santa Cruz County, Arizona — across from Nogales, Mexico, where Estrada was born, supports the border fence and greater border enforcement. He stated that while there were more than 70 tunnels funneling drugs and undocumented immigrants into the area, by and large the traffickers did not want to foul their own waters. “It is definitely not raining bullets in Santa Cruz County,” Estrada said. “Those who conduct this trade do not want to draw attention to themselves or to bring down the wrath of the law enforcement community before they reach their real destinations.”

Estrada is the only sheriff, out of seven in Arizona, who is Latino. His better-known counterpart, Sheriff Joe Arpaio of Maricopa County, has been investigated for racial profiling by the Department of Justice and is considered by some a hero and by others a demon. At the very least — per an interview I conducted with him below in 2010 — he has some unrealistic and potentially nation-state damaging ideas, like starting a ground war with Mexico.

We interviewed Sheriff Estrada for the same project, in 2010 (you can listen to an hour-long radio documentary about Arizona and border issues here). First he stated, “I think, like everybody else does, I’m sure, that people should come across the border legally.” Then he added firmly, with an air of disgust at the politics of immigration:

Some of the politicians say there will be no immigration reform until we secure the border. There is no such thing as a secure border. The border will always be porous. Why? Because they’ll eithr dig a tunnel to get under it; they’ll come through the ports. Illegal immigration…follows a path of employment and demand. And it’s gonna continue. There’s no way you can stop it.

So, to members of Congress: go to the border. See if zero tolerance works. And ask how our money is best spent. 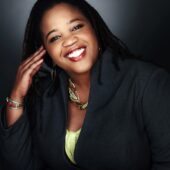 I listen critically to stories about our human journey, and track the data on people, governments, and our global society. My own human journey has taken me to 30 countries, 49 states, and to cover every Presidential election since 1996.

I share weekly insights about American demographics, equity and equality, voter behavior and other perspectives you won’t hear about anywhere else.